IN CHRISTINE'S OWN WORDS

"Some tasks are beyond women because of their delicate bodies. But when women set out to do something, they are smarter and shrewder than men."

In the Presence of Evil

Paris, 1393. Christine de Pizan, recently widowed, becomes a scribe to support her family, but when she is called to the palace to work, she dreads going. There, everyone fears the mad king's attacks of unreason, and they believe the charlatans who claim they can cure him with vile potions. When a mysterious book of magic leaves a corpse in its wake, Christine has more than black magic to worry about.

Then, one of the king's favorites, Hugues de Précy, is found murdered and his wife, Alix de Clairy, is blamed. Can Christine prove Alix's innocence and save her from being burned at the stake?

In the Shadow of the Enemy

Paris, 1393. A masquerade ball at the palace ended in tragedy, with four revelers burned to death. Was it an accident . . . or did someone deliberately hurl a flaming torch at the dancers? Convinced it was an act of murder and that the king himself was the real target, Queen Isabeau has asked Christine de Pizan to spend time at court in an attempt to uncover the identity of the would-be assassin.

With the king struck down by an illness no one can understand, Christine finds the palace to be a hotbed of rumor, suspicion, petty rivalries, and dark secrets: a place where no one can be trusted. Could the king's ambitious brother, the Duke of Orléans, be responsible for the deaths? One of his embittered uncles? Or could the killer lie even closer to home?

In the Company of Fools

Paris, 1396. Scribe Christine de Pizan is shocked when the Duke of Orléans's fools find a baby, wrapped in rags and covered in sores, abandoned in the palace gardens. Was there really a wicked plan to substitute the child for the queen's own baby daughter and blame the Duchess of Orléans, Valentina Visconti, who is accused of being a sorceress? Convinced of the duchess's innocence, Christine is determined to uncover the truth, and soon makes a number of disturbing discoveries. Could the palace fools be the key to unlocking the mystery?

Murder in the Cloister

Paris, 1399. Scribe Christine de Pizan is sent to the Priory of Poissy by the palace to copy a manuscript for the prioress. But the prioress already has many copyists, and Christine senses that something is amiss. Her suspicions are confirmed when the prioress reveals that one of the sisters has been found murdered in the cloister. Fearing for the welfare of the king's young daughter who resides at the priory, she is eager for Christine to find out who killed the young nun – and why. As Christine investigates, she uncovers dark mischief and closely guarded secrets, but can she unmask a killer?

AN EXTRAORDINARY MEDIEVAL WOMAN TRACKS DOWN BRUTAL KILLERS AT 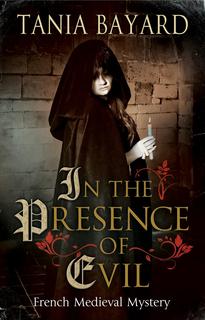 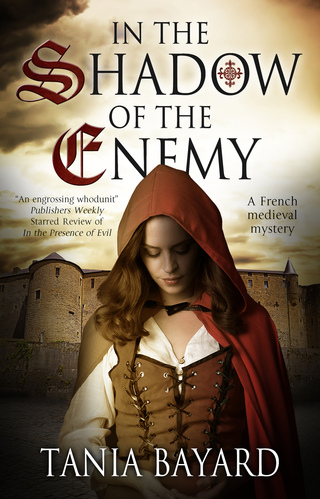 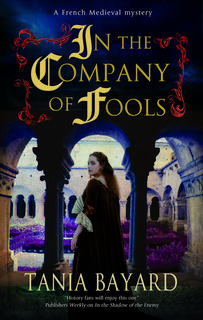 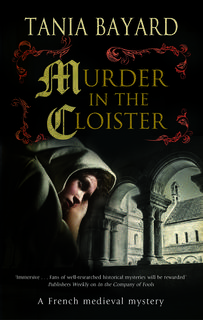 Praise for In the Presence of Evil

Set in 1393 Paris, Bayard's impressive first novel and series launch introduces Christine de Pizan, a widow who struggles to support her family as a freelance scribe.

An intriguing premise and a dexterously executed story.

This richly detailed and atmospheric historical mystery will draw readers into a fascinating medieval world that devotees of Ellis Peters and Ariana Franklin will savor.

Praise for In the Shadow of the Enemy

The imagery brings to life medieval France in an immediate way, from the descriptions of the court and its kitchens and gardens to the streets and their various inhabitants. The plot is pleasingly complex and includes a lot of history about French warfare, or at least one battle in particular. Overall, this is a fast, fairly light read and I happily recommend it.

Historical details drive this period puzzle, whose heroine provides a steady presence against a backdrop of characters constantly fighting against their time and stations.

Praise for In the Company of Fools

Christine's sound observations stand in nice contrast to the prevailing belief in magic. Fans of well-researched historical mysteries will be rewarded.

Bayard vividly immerses the reader in the complex and perilous world of medieval France.

Praise for Murder in the Cloister

Stylishly written, this delightful book is definitely a winner.

This story gleams in a rich pageant of late medieval French life.